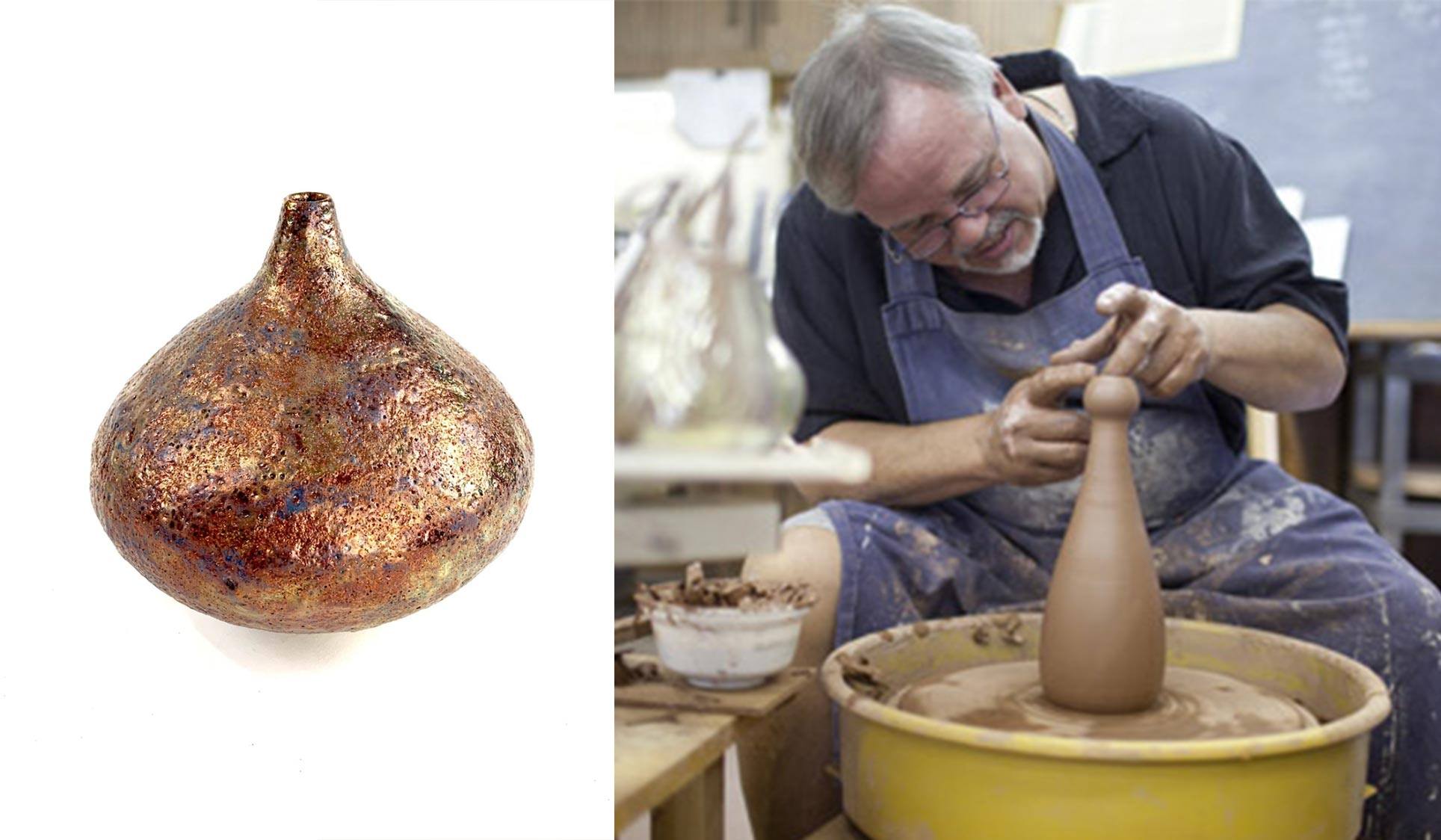 Description:This course will be a  continuation of Ceramics 2B. We will concentrate on the works from the Arts & Crafts Movement,(1880-1920) and the glazing/surface design techniques of the Midcentury Modern Movement. There will be projects that will further ones throwing skills as well as an introduction to some unique hand building and firing techniques.

Drop-In Open Studio Hours will be available for this class.

About your instructor: James Haggerty is well known for his finely crafted forms and mastery of special effects glazing techniques. Ceramics became his passion early on after taking a class in school at the age of thirteen. Soon after he bought his first kiln. When he was fifteen, James was the youngest student to take Vivika Heino’s glaze calculation class. After high school, James worked for Santa Barbara Ceramic Design where he formulated glazes and managed production. He then attended the California College of the Arts and Crafts and Otis Parsons Art Institute where he received his BFA. He later attended California State University at Long Beach where he worked on his masters. In 1992 he relocated to Santa Barbara, where he formed a pottery business with his wife, Linda. His work is in many prominent private collections and has been displayed in many museums and galleries, including Smithsonian Institution and the Museum of Decorative Arts in Paris, and was featured in the motion picture “Ghost.”